I grew up with a relatively no-nonsense approach to work. If something needs doing, you do it. No big fuss, no big reward. It was therefore strange entering nonprofits ~15 years ago, where I continue to find myriad colleagues who require great recognition for tasks big or small. [If you have 2 minutes, this video paints a clarifying picture.]

I’m getting at the concept of humility. In my short career, I’ve spanned public programs to administration to fundraising, and I’ve done those things at cultural institutions, universities and beyond. At the end of the day, I’ve often found colleagues — irrespective of the sector — unable turn on a dang light switch without exorbitant self-aggrandizement, either in person or on social media. More on that, here. 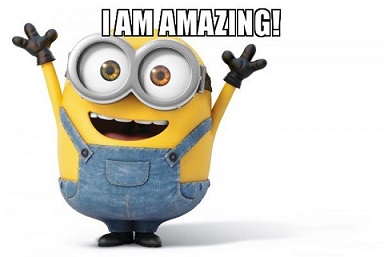 This also speaks to the idea of “me” instead of “we” — or “I” instead of “our.” As in many fields, much of our work as nonprofiteers does not happen in a vacuum, and fewer things get under my skin more than people taking singular credit for joint efforts. I don’t care if it’s something big like your organization’s 5k run-walk or annual luncheon, or something simpler like cleaning up a database — if you’re in it for yourself, my feeling is you’re generally in the wrong industry.

Maybe this kind of behavior is inherent. Or maybe you learned it, working for a few bosses who always stole the thunder you deserved. Either way, it’s a disappointing characteristic, and for the savvy among us, it’s totally obvious. When people tell me tales of how they individually accomplish something, I respond with inquiries about the micro-steps of which I know, for sure, they were not part. I’m passive-aggressive AF, and there’s only a “me” in “team” if you rearrange the word. Even then, it would spell “at me,” and if you take unwarranted credit, I will come at you, bro. 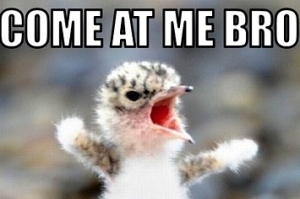 So next time your nonprofit — which is staffed by what? people — does something totally stellar, make sure you take a look around and consider the fine folks who helped bring the thing to fruition.

One thought on “Get it Done > Getting Credit”